Why Animal Fats Are So Much Healthier Than Plant Fats! by Paul Mabry MD 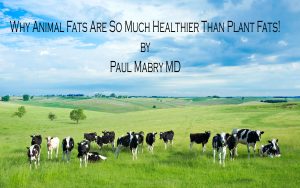 ALA is the most common plant form of omega-3 fatty acid.  Our bodies cannot use ALA and must first convert it to EPA then DHA.  The problem is that we are only able to convert about 10% of the ALA that we ingest from plants successfully meaning that only 10% of the Omega-3 content of the plants foods that we eat count toward our daily need of 600 mg.  And ingesting a lot of Omega-6 fatty acid at the same time as plant omega-3 fatty acids,  can decrease this conversion of the plant omega-3 fatty acids to the useable EPA and DHA by 40% as this article shows.   Plants tend to be higher in omega-6 fatty acids than animal products. The plant derived “Seed Oils” like soybean oil, canola oil and corn oil are markedly higher in omega-6 fatty acids. 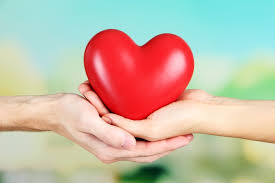 A decrease in the risk of heart disease has been seen on diets high in omega-3, especially fatty fish which contains large amounts of both EPA and DHA.  That may be through an anti-inflammatory effect on heart arteries, here is a study on human placentas that shows the exact pathways through which DHA exerts its anti-inflammatory activity in our arteries.   If you have already had a heart attack, omega-3’s can help you not to have another one as this study shows.

DHA is essential for growth and maintenance of a healthy brain.  Here’s a quote from this scientific article on the subject.  “DHA is the predominant structural fatty acid in the central nervous system and retina and its availability is crucial for brain development.”  It is particularly important in the growth and development of the brain from fetus to young adulthood, a period when the brain is growing rapidly.  This is a link to numerous studies documenting how important adequate DHA intake in the diet is for pregnant mothers and infants through young adulthood. 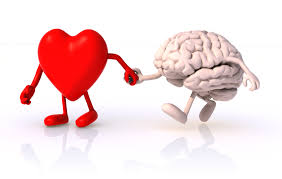 DHA is also essential for the health of the brain in the elderly.  Dr. Perlmutter in one of his blogs discusses a study in depth that measured the patient’s DHA reserves by measuring the amount of DHA in red blood cells.  The researchers then did MRI’s of the subject’s brains along with cognitive testing.  Here’s a quote on what they found.  “Those individuals having the lowest levels of DHA had significantly lower total brain volume as well as significantly greater levels of small strokes in their brains compared to individuals with higher levels of DHA. Beyond these findings, those with the lowest levels of DHA performed worse on tests of both visual memory and executive function as well as on tests designed to evaluate abstract thinking.”

Inflammation is a large component of many diseases including asthma, allergies, arthritis, migraine headaches and on and on.  DHA has been shown to decrease inflammation by down modulating the COX2 arm of the Arachidonic Acid pathway that produces most of the inflammation causing chemicals in our bodies as this study shows.

Inflammation is the biggest problem with the high Omega-6 levels in seed oils.  Inflammation is an underlying cause of the following disease.  Just click on the disease for information on why.

among many other conditions.

For people with diabetes and pre-diabetics DHA can help with their insulin resistance and chronic inflammation.  There is a DHA receptor on cells for,  “Mediating Potent Anti-inflammatory and Insulin-Sensitizing Effects” according to this study. 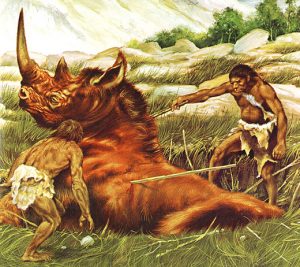 Our evolutionary ancestors ate Omega-6 and Omega-3 fatty acids in a ratio close to 1 to 1.  Since the onset of agriculture and the switch to a plant based diet some 12,000 years ago the ratio of omega-6 to omega-3 fatty acid intake by humans has crept up to around 16:1.  These high ratios have been associated with a host of inflammatory conditions including cardiovascular disease, cancer, inflammatory and autoimmune diseases as discussed in this study.

One study showed that lowering the ratio to 4:1 could cut the risk of heart disease by 70%. 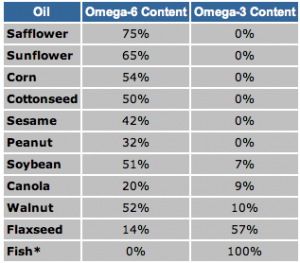 On the other hand, as you can see from the this table, Seed Oils are very high in unhealthy Omega-6’s and very low in Omega-3’s.  The only rich plant source, Flax Seed Oil has the form of Omega-3 that our bodies cannot use. Our bodies can only convert about 10% of this plant form of omega-3 into DHA, so Flax Seed Oil is not nearly as healthy as it looks.  All Omega-3’s from animal sources come in the form of DHA or EPA which we are able to use.

Finally I try to maximize my DHA intake as because I value my intellectual function very highly.  I think maximizing my DHA intake is the best way to preserve it into my later years.  Here’s how I personally do this.

I generally have three eggs a day fried in butter.  The eggs I use contain  225 mg omega-3 each.  That gives me 675 mg of omega-3 right there.They are available in most good stores.  I have seen eggs advertised with as much as 660 mg of Omega-3 per egg.  Thanks to a response from a reader, I need to add that the chickens used to produce “omega-3” eggs can be fed very different things to achieve this.  Some are fed fish oil or fish powder and the omega-3 they produce is DHA.  Some however are fed flax seed.  An article I found says that these eggs contain ” One omega-3 egg typically contains 340 milligrams of ALA and 75 to 100 milligrams of DHA.”  This is still better than a regular egg that only has 35-50 mg of DHA.  Still I would recommend you investigate to find out what the chickens are being fed for the brands of “Omega-3 Eggs” available to you and pick the DHA fed chicken eggs if possible.  The ounce of butter my eggs are fried in has another 100 mg of omega-3.  I eat 3-6 ounces of cheddar cheese a day at 90 mg omega 3 per ounce.  Most of the meat I eat is in the form of hot dogs and sausage which contain extra fat which helps me avoid getting too much protein in my diet but the extra animal fat also contains extra Omega-3’s. For example Oscar Meyer all beef franks have 67 mg of omega-3 per ounce and I have at least 9 ounces of sausage or hot dogs a day.  So I’m sure I’m averaging around 1650 mg of omega-3 per day.  No need to supplement.