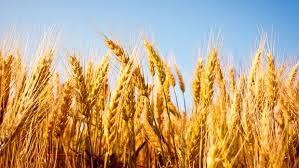 Can Eliminating Grain from the Diet Help Treat Mental Illness?

I recently found this wonderful scholarly article on how plants can affect our mental health as well as our physical health.  It’s a bit technical but has scientific citations throughout that might interest some (like me, I’ve already ordered one of the referenced books).

This post will be a summary in non-technical language without a lot of scientific citations. You will find all the studies mentioned, cited in the article in the hyperlink “this wonderful scholarly article” above.

I know this blog post is a little technical so if you don’t have time or don’t want to read about all the studies that support my own, Dr. Bressan’s and Dr. Kramer’s contention that more research on using grain restriction as a major component of treating mental illness needs to be done, here is my brief “bottom line” 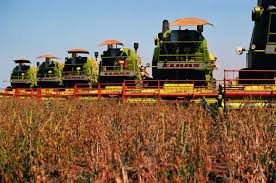 With the influence of businesses like Archer-Daniels-Midland and Unilever that make billions of dollars every year from selling processed wheat products  while giving hundreds of millions of dollars to politicians and to researchers who do research favorable to their products and the pharmaceutical companies who give even more millions, and make even more billions of dollars selling drugs for depression, manic-depression, schizophrenia and other mental illnesses, it is not surprising that funding for the study of treating these disease with diet has all but dried up in the US.  This is truly a shame in my opinion.

I would also like to make you aware of the Psychologist, Julia Ross who is currently doing some great research in this field and has had some dramatic success.  This is a link to a lecture she gave on her work.

The author of the article I found starts by giving the well documented history of how humans only started including large amounts of plants in their diet around 12,000 years ago.  And the sad story of how “lifespan and stature decreased—while infant mortality, infectious diseases, bone mineral disorders, and the frequency of dental caries increased” when this happened. 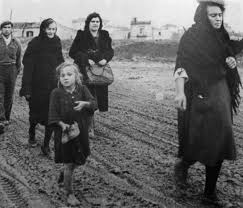 One of the first indications that grains could affect mental health that scientists noticed was when hospitalization rates for schizophrenia dropped in several European countries in direct proportion to a wheat shortage during World War II, while in the United States where over the same period the consumption of wheat rose, the rate of schizophrenia increased.  It was also noted that in the South Pacific islands, which traditionally had consumed little wheat, the rate of schizophrenia increased from 1 out of 30,000 to 1 out of 100 when Western grain products were introduced.

The author points out that over 50,000 defensive chemical compounds have been identified in grasses which are designed to deter, harm or kill creatures that feed on them and that these defensive proteins are often concentrated in the plants most precious fraction, it’s seeds (grains).  He goes on to point out that the high yield dwarf wheat that is pretty much the only kind commercially produced now was developed in the 1950’s by cross-fertilizing 3 different wild grass species and is associated with the most toxic proteins.

Wheat is known to cause gut problems in many people.  A study of the gut of 82 people with schizophrenia found inflammation in 50% of the stomachs, 88% of the small intestines and 92% of the large intestines. 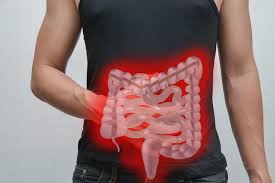 He describes how the surface area of our gut is equivalent to the floor of a studio apartment and that inflammation in the gut makes this barrier vulnerable to breach by harmful bacteria, toxins and even undigested food.  Allowing just water and nutrients to cross this barrier is accomplished by opening and closing flexible tight junctions between the cells that line our guts.  We try to keep the area just past the stomach free of bacteria and if they are detected we release substances called zonulins that widen these junctions so water can seep into the intestine and flush out the bacteria by causing loose bowel movements.  Zonulins are also felt to regulate other gut functions including allowing undigested particles to escape from the gut and reach both the inner layer of the intestinal wall, which hosts a large part of the immune system and also the bloodstream. These undigested food particles are not expected in the inner layer of the gut wall or blood stream where our immune monitoring cells are and can set in motion misdirected immune reactions which cause auto-immune diseases.  Abnormal gut permeability is associated with autoimmune disease including arthritis, asthma, type 1 diabetes and multiple sclerosis.  He also mentions that psychological stress has also been shown to worsen gut permeability as well as gut inflammation.  Fructose has been shown to also increase gut permeability.  The gluten found in all wheat contains large amount of zonulins.  This is sometimes called “Leaky Gut Syndrome” 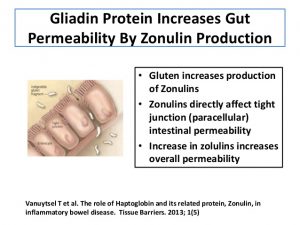 About 1% of people who eat wheat containing products develop a severe autoimmune condition called “Celiac Disease” where the immune system attacks the gut when it is exposed to gluten leading to a reduced surface and area and decreased absorption of nutrients.  This chronic problem leads to abnormal growth of facial bones with high foreheads relative to the middle third of the face.  Most people with the condition do not even realize they are suffering from it.  It can be diagnosed with a blood test and the alarming statistic is that when frozen blood samples that were collected 50 years ago from military recruits for other studies and then analyzed for celiac disease it showed that the number of people with the marker for the disease had quadrupled over the last 50 years when compared to blood samples for a similar population, and that the rise paralleled the increased use of the new dwarf wheat.

The gluten molecule resembles some of the components of the myelin sheath that is found covering all the nerves in our body to serve as insulation for a nerve’s electrical signals.  It is also similar to an enzyme involved in the production of the brain neurotransmitter GABA and problems in the production of GABA are associated with increased anxiety and depression. The antibodies to gluten that are produced by people who are positive on gluten antibody tests have been shown in laboratory testing to attack both Myelin and the enzyme involved in GABA production.

Generally because of the blood brain barrier, antibodies from the blood stream cannot get into the brain to cause this mischief.  It is certainly possible however that the zonulins in wheat increase the permeability of the blood brain barrier making it easier for these antibodies to cross inside the brain and cause nerve damage and interfere with GABA production leading the mental problems.  Similar antibodies have also been found in the blood of some schcizophrenia patients.  And, antibodies against gluten have been found much more often in schizophrenia and autism patients than in the general population in multiple studies.  One study found antibodies against gluten in 87% of unmedicated autistic children versus 1% of normal children.

When gluten is digested in the gut, some of the fragments are similar to morphine.  They have been given the name “Exorphins”.  They can bind to opiod receptors that are widely distributed throughout or bodies.  Stimulation of opiod receptors in the gut leads to constipation.  The Exophins can also cause decreased energy for motor activity, decreased reproductive hormone production and decreased libido. 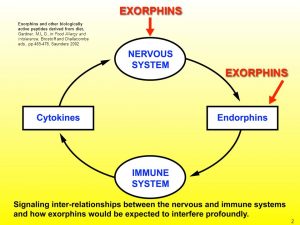 Abnormally high levels of wheat Exorphins have been found in the blood of schizophrenia patients and in the urine of autistic children.  When these were purified and injected into the brains of rats they became restless at first and then inactive and hyperdefensive.  Exophins from control subjects that were injected produced similar symptoms that were much weaker and briefer.  When endorphins were injected into the brains of rats the same brain regions that are affected in schizophrenia and autism were activated.

Studies of removing Exorphins from the blood of schizophrenics by dialysis for one year led to 40% of patients vastly improving or recovering completely from schizophrenia.

In both schizophrenia patients and women with postpartum psychosis, larger than normal amounts of Exorphins have been detected in spinal fluid showing they had crossed the blood brain barrier. 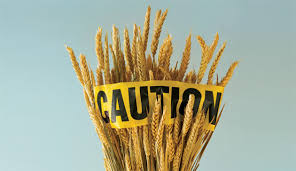 There is also evidence that taking wheat out of the diet can cure some patients with mental illness.  In one study done in 1969 mental patients on a grain and milk free diet were either discharged or transferred sooner than patients on a grain-rich diet.  The effect was canceled when, blinded to both patients and staff the grain-and-milk-free diet was supplemented with gluten.  A double-blind, placebo-controlled experiment in 1976 showed that schizophrenia patients kept on a grain-and-milk-free diet worsened on 30 out of 39 behavioral measures when a “special drink they were given daily contained gluten and recovered when it contained soy flour instead.  And there are numerous case studies of recovery from severe psychotic symptoms after wheat removal.

With the influence of businesses like Archer-Daniels-Midland and Unilever that make billions of dollars every year from selling processed wheat products  while giving hundreds of millions of dollars to politicians and to researchers who do research favorable to their products and the pharmaceutical companies who give even more millions, and make even more billions of dollars selling drugs for depression, manic-depression, schizophrenia and other mental illnesses, it is not surprising that funding for the study of treating these disease with diet has all but dried up in the US.  This is truly a shame in my opinion.  Here is the way I defend myself. 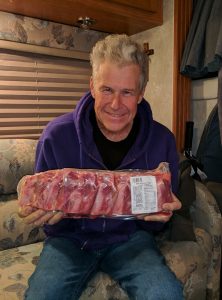