Salt is Not Your Enemy 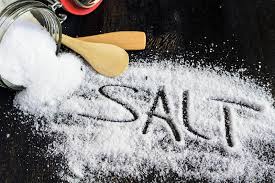 Most of us with an interest in Low Carbohydrate, High Fat diets like Zero Carb know the sad story of how nutrition scientists, starting in the 1960s started demonizing fat in general and saturated fat in particular.  Hopefully everyone realizes that “Observational Studies” prove nothing (see link).  But they had one more unscientific trick they used to bolster their weak arguments.  They said “fat causes high Cholesterol and high Cholesterol causes heart attacks (this turned out to be false), therefore fat causes heart attacks”.  Anyone who understand logical pathways understands that just because A causes B and B causes C, it cannot be said that A causes C.  Well scientists did the same thing with salt.  They found some observational studies showing a weak association between eating a lot of salt and heart disease.  Then they used the same unscientific logic saying.  Salt raises blood pressure and high blood pressure causes heart disease so salt must cause heart disease. 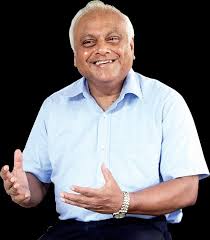 Well we have much better data now and guess what, their ideas simply did not stand the test.  Please watch this video of a lecture by Dr. Salim Yusuf, Marion W. Burke Chair in Cardiovascular Disease at McMaster University Medical School, highly respected researcher and current President of the World Heart Federation.  He describes the findings about salt in the recently completed PURE Study on which he was lead researcher.  This study ran for 5 1/2 years in 17 countries with 150,000 patients enrolled.  One of the interesting findings in this and several other studies cited by Dr. Yusuf is that there was a significantly higher risk of both death and cardiovascular disease in people who ate less than 3 grams of salt a day while the American Heart Association and World Health Organization recommend limiting salt to no more than 2.3 grams a day.

Click here for the full version of Dr. Yusufs presentation.  In the full presentation he shows that the study also cleared saturated fat of any guilt in causing heart disease, implicated a high carbohydrate diet as the strongest driver of heart disease and shows that LDL Cholesterol is a very poor marker for heart disease.

Did you know that salt appears to help us fight off infections.  This seems to be particularly true of skin infections because we recently found out that humans can store Sodium without using our body water  by binding the Sodium to the elastic molecules in our skin called Glycosaminoglycans.  Did you know that driving your Sodium too low by limiting salt and drinking a lot of fluids is potentially fatal while it would be almost impossible to consume enough salt to kill yourself.  Every year numerous people, mainly babies given too much water, athletes who overhydrate and college students who drink too much beer kill themselves by driving their salt too low.  It’s called “Water Intoxication”. 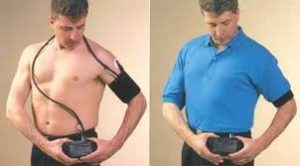