Do We Need to Take Probiotics or Prebiotics? 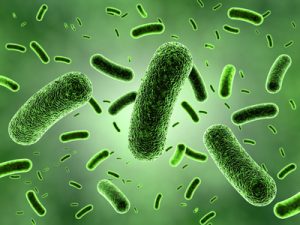 A gentleman about my age recently wrote to me saying that he had been eating Zero Carb for a month and was doing well but wanted to know if he should add prebiotic fibers as recommend by Dr. William Davis in the wonderful book “Wheat Belly” and is also recommended by Dr. David Perlmutter in the equally awesome book “Grain Brain” both of which I highly recommend that anyone read.  Here was my answer. 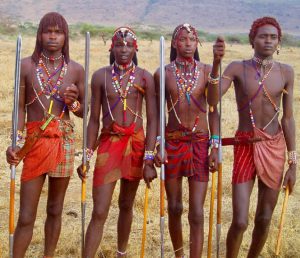 I would just say to be careful trying to add pre and probiotics. The Maasai men don’t take any fiber and are healthy as horses. The study of the gut biome is in it’s earliest infancy. They haven’t even identified all the organisms that live there and the only human studies that show which of the 100’s of 1000’s of organisms that live there are the good ones and which are the bad ones are what we call “Observational Studies”. These are the kind of study where they give a bunch of people a health questionnaire and/or look at their history of health problems and the check their stool for 10-20 of the most common gut microbes and say “these must be good bacteria because people who have a lot of X bacteria have 50% less heart disease and people who have a lot of Y bacteria have 70% more lung cancers when it if you do the math, these associations could easily be just random chance. Using these kind of studies is what brought us the “Saturated fat will give you a heart attack and Lowering your Cholesterol will prevent them” lies.

To rationalize taking a probiotic tablet two things should be true.  First that the tablet full of supposedly “healthy” gut microbes is actually going to change the number of them that are in the gut.  And Second that there is scientific evidence from randomized controlled scientific studies showing they actually improve a medical condition.  With regard to the first point the evidence suggest that in most causes taking a bacterial supplement does not increase their numbers in the gut.  Here’s a quote from this article in Scientific American:  “Even if some of the bacteria in a probiotic managed to survive and propagate in the intestine, there would likely be far too few of them to dramatically alter the overall composition of one’s internal ecosystem. Whereas the human gut contains tens of trillions of bacteria, there are only between 100 million and a few hundred billion bacteria in a typical serving of yogurt or a microbe-filled pill. Last year a team of scientists at the University of Copenhagen published a review of seven randomized, placebo-controlled trials (the most scientifically rigorous types of studies researchers know how to conduct) investigating whether probiotic supplements—including biscuits, milk-based drinks and capsules—change the diversity of bacteria in fecal samples. Only one study—of 34 healthy volunteers—found a statistically significant change, and there was no indication that it provided a clinical benefit. “A probiotic is still just a drop in a bucket,” says Shira Doron, an infectious disease expert at Tufts Medical Center. “The gut always has orders of magnitude more microbes.” With regard to the second issue whether they have been shown in randomized controlled trials to have clinical efficacy I am not aware of quality studies showing this.  What I have found is that there is only evidence of the weakest scientific kind – observational studies – showing that high levels of certain types of gut bacteria correlate with a low incidence of certain disease.  This is the same kind of weak science that brought us the “saturated fat causes heart disease” hypothesis that has been so disastrous for the health of the world and has been fully discredited (see Nina Teicholz wonder summary of this folly “The Big Fat Surprise”. 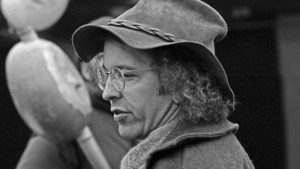 “The Bear” (see this post on the history of Zero Carb) who originated the Zero Carb way of eating lived quite happily without fiber for 48 years with no problems. If you read Dr. Perlmutter’s book, “Grain Brain” he also recommends pre and probiotics but does not quote any controlled studies. A least he does not claim the need for probiotics is scientifically proven, he just says “they’re probably good for you so I recommend them”.

That having been said, I don’t think one diet works for everybody so if you want to experiment with pre and probiotics and see how they make you feel, that sounds perfectly reasonable to me, I don’t think they are necessarily harmful. I’ve been doing great without them for 2 years and I don’t like fixing things when they aren’t broken. 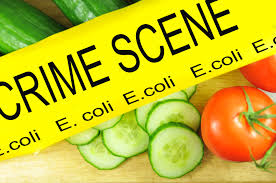 The reason that I personally shy away from prebiotics is that these starches feed a type of bacteria called fermentors that like to ferment starches, sugars and plant fibers. Most of the really bad gut bacteria like E. coli (here’s a link to how nasty E. Coli can be), Salmonella (Typhoid fever), Shigella and Camphylobacter are fermentors and if you don’t give them any starch, sugar or fiber to ferment they are not going to be able to infect you as easily as someone who has a lot those things in their diet. Also many fermentors produce known toxins and carcinogens as waste products like ethanol and formaldehyde as waste products. This may be why vegetarians have a higher risk of colon cancer. Here’s a link to that study. Of course it is an Observational Study and thus cannot prove anything but it is the same type of study they are using to try to convince people to take prebiotics.

I will also tell you that in my opinion anytime you change the type of nutrition you are feeding your gut bacteria there will be winners and losers. The losing bacteria often can put out nasty things to show they are unhappy and eventually can die and pop open by the billions releasing irritating stuff your body doesn’t like so whatever change you make expect 2-6 weeks of gut and other upsets as the pecking order in the gut sorts itself out and a new balance is reached. 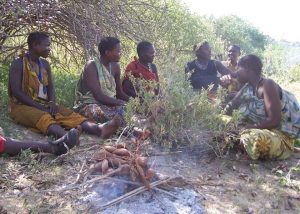 As for probiotics, they are just living bacteria that people take in a capsule, usually one that doesn’t open until it gets past the stomach. The bacteria in the capsules are considered “good and helpful” by what information we currently have available which is only observational data for humans, there are clinical trials in animals, mostly mice but mice are vegetarians so that really doesn’t translate well to humans which have evolved to primarily be carnivores able to fall back on plants in times of shortage. The hunter-gatherer tribe the Hadza lack the “good bacteria” that are commonly put in probiotics but are quite healthy.