Can Our Own Mind Make Us Sick – Mindbody Disorders 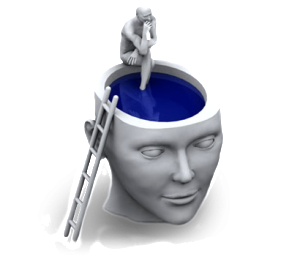 This is a post I’ve been wanting to do for a long time and one which I think is incredibly important for everyone.  It’s about how so many medical problems that people have are generated by their own subconscious in response to stress.  The ability of the subconscious to do this has been clearly documented with what are called “Conversion Disorders”.   People who suffer these disorder have some sort of emotional trauma and develop conditions like blindness, paralysis, and the inability to speak for which no medical reason can be found.  Frequently when the emotional cause is found by a therapist the condition rapidly disappears.  These are a relatively rare dramatic form of mindbody disorder. 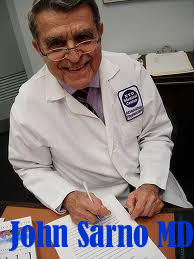 After I had been a practicing primary care physician for about 8 years I stumbled on a book by the pioneering physician and researcher in the field Dr. John Sarno.  Just as “The Low Fat Theory” developed by Ancel Keyes totally took over the medical establishment and totally displaced any research into low carbohydrate diets bringing us the Obesity and Diabetes epidemic we currently suffer, research into the mind’s ability to cause disease called “Psychosomatic Medicine” which had been robust in major peer reviewed journals until the 1950’s faded away to almost nothing in a few years as a new theory that all pain and almost all medical illnesses had a physical cause and that any psychic component was minor took hold like “The Low Fat Hypothesis”.  My personal opinion is if you want to know why something happened, “follow the money”.  There’s very little money to made spending hours talking to someone, finding out what’s stressing them out, then explaining that what’s causing their medical problem is “all in their head”.  80-85% of people according to Dr. Sarno’s research are not even willing to consider this possibility and in my opinion much of that problem is because they have been brainwashed by influencers who are making billion$ doing unnecessary surgeries and selling unnecessary pills. 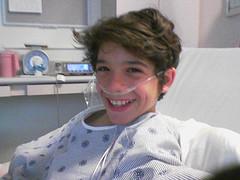 Common mindbody illnesses include most low back pain, even when there are bulging discs and other minor abnormalities on scans (this is where Dr. Sarno started and where he made his name) but he soon realized that many other disease were also mindbody conditions including whiplash, chronic fatigue syndrome, Epstein-Barr virus syndrome, fibromyalgia, asthma, eczema, gastroesophagel reflux disease, Irritable Bowel Syndrome, carpal tunnel syndrome just to name a few.  So you say something like asthma could not be caused by the mind, think again.  Studies have been done where children were hooked up to machines that measure pulmonary function and then hypnotized.  They were given the suggestion to start wheezing and researchers noted wheezing with their stethoscopes and decreased peak expiratory flow rates on the pulmonary function monitor, the hallmark of an asthma attack.  The symptoms quickly went away with another hypnotic suggestion.  This review article suggests that hypnotism can indeed be an effective therapy for Asthma.  The best evidence that Carpal Tunnel Syndrome (CTS) and Whiplash are mindbody conditions is that during the first 1/2 of the 20th Century tens of thousands of women toiled away 8-12 hours a day on mechanical typewriters which required more than 10 times the effort of today’s keyboards and CTS was unknown.  The rise of whiplash pain followed almost exactly the willingness of insurers to reimburse the condition.  In this study done in Lithuania where whiplash pain is not reimbursed by insurers long term whiplash simply wasn’t seen. 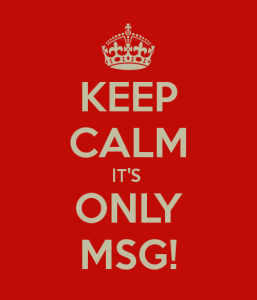 I see what I think are probably mindbody symptoms in many of the posts I read on various Low Carb websites.  A typical example would be a vegetarian who reports severe stomach cramps after mistakenly eating a crab meat salad when he thought he was eating Caesar salad and within a few hours is doubled over with cramping abdominal pain.  I’ve seen the same thing on meat only sites when someone cheats and has a small salad, then goes on to develop the same symptoms as our vegetarian did with the crab meat within just few hours.  I personally believe that many of the symptoms people report with food additives like monosodium glutamate, nitrites, genetically modified foods and hormone treated beef are mindbody reactions.  I obviously can’t prove this but I urge people to become more familiar with the psychosomatic literature, even if they have no mindbody problems, they almost certainly know someone who does.

First I would encourage everyone to read Dr. Sarno’s wonderful book on the subject “The Divided Mind”. To see an interview that Dr. Sarno did about the book click here.  Another good video about Dr. Sarno is this 20/20 Investigative news report on him, hosted by Barbara Walters which can be viewed here.

Dr. Richard Gervitz is another researcher in the field who has made dramatic progress treating several mindbody conditions with biofeedback based on resonant breathing techniques using Heart Rate Variability feedback.  In his randomized trials he has been particularly successful treating irritable bowel syndrome.  The results have been dramatic to say the least.  He has had success with several other conditions.  To listen to a very interesting interview on the many studies he has done click this link.  I myself practice his resonant breathing technique for 20 minutes daily to help me calm my autonomic nervous system during tennis matches.  Here is how I personally use Dr. Gevirtz Techniques.    It’s use for athletic performance is discussed in the interview.

In my 26 years of practice I estimate that 30-40% of the complaints people asked me about had a mindbody component.  In my opinion our healthcare system is crumbling under the huge financial weight first of the cost of treating diabesity (The metabolic Syndrome, Diabetes and Obesity which are all really one disease) and the cost of the unnecessary drugs, therapies, and surgeries used to treat mindbody disorders.  Our health and our economy would surge dramatically if the healthcare system recognized this and research was done on treating Diabesity with Low Carb and Mindbody with education and therapy as advocated by doctors Sarno and Gevirtz.