Breathing Can Be as Important for Health as Eating 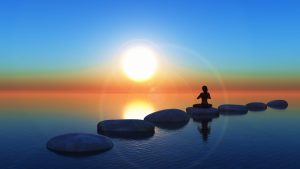 Meditation has been practiced by Humans from time immemorial.  All forms of meditation that I am aware of involve controlling the breath in some manner, usually slowing it.  Dr. Richard Gevirtz and his Colleague Dr. Paul Lehrer went around the world studying meditators from all traditions to see what they had in common that gave them such good control over the autonomic nervous system which controls things like heart rate, blood pressure, dilation of the airways in the lung and the entire digestive process and sweating etc.  Here’s a nice video where Dr. Gevirtz explains the process they used.   What they found out over many years of research and controlled clinical trials is that using a slow breathing technique they call “Resonant Breathing” they could improve many medical conditions including depression, fibromyalgia, irritable bowel syndrome and asthma.  Here’s a paper they wrote explaining their theories.  Dr. Gevirtz using resonant breathing completely reversed irritable bowel symptoms in children 69.2% of the time In This controlled trial . 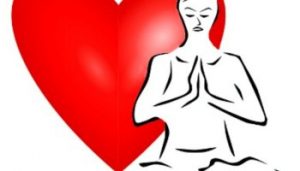 According to Dr. Gevirtz the goal is to increase something called Respiratory Sinus Arrhythmia (RSA) as much as possible.  It turns out that when the sympathetic nervous system is maximally suppressed and the parasympathetic maximally dominant the Respiratory Sinus Arrhythmia (RSA) is the greatest.  The RSA is caused because when we breathe our hearts speed up during inhalation to get as much of the fresh oxygen into the bloodstream as possible and slow down when we exhale because there is less oxygen so why waste the effort.   When the sympathetic is in control the body thinks “I’m being chased by a tiger, I need all the oxygen I can get right now so heart don’t slow down”.  Thus when the sympathetic system has been completely calmed the RSA or difference between the heart rate during inhalation and exhalation will be the greatest. So while doing resonant breathing you want it to be as high as possible.  I downloaded a paper on breathing ratios (full article attached).   Here’s a quote:  “As expected, RSA was higher when breathing at 6 compared to 12 breaths a minute. Also, follow up comparisons of the interaction showed that the low i/e ratio was associated with a significantly higher RSA when breathing at 6 breaths a minute”.  To get a low “i/e ratio (inhale/exhale ratio)” you make the exhale longer than the inhale.  The ratio I’m currently using is 3 seconds in, 1/2 pause, 7 seconds out, 1/2 pause repeat.  This gives exactly the 0.42 i/e ratio used as the “low ratio” in this study.  It’s probably ideal to get Dr. Gevirtz or someone trained in his methods to calculate your exact rate, but I’m comfortable that I’m getting a lot of benefit from my current regimen.  Here’s how I work on improving my sympathetic nervous system tone. 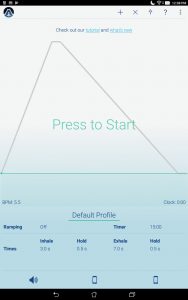 The apps I use for Android phones and tablets is “Paced Breathing”.  For iPhones and iPads I recommend either “Breathe+” or “BreatheEasy”   All let you easily control rate plus the length of inspiration, pause, and expiration. You can get many of the benefits of resonant breathing from singing.  If you think about it, when you sing you breath slowly and the inspiration is much shorter than the expiration.   Here’s an article about that from Psychology today about singing and HRV.  I’ve used the Unyte IOM3 HRV based monitor and feedback software and found it to be quite user friendly.  This is a Heart Rate Variability monitor that works with a computer to give visual feedback on how well you are calming the sympathetic system. I should also mention as Dr. Gevirtz does in his talk that the non-profit “HeartMath Institute” spends several million dollars a year researching and teaching breathing exercises based on HRV and HRV feedback machines that they produce.

Here’s the way I currently do resonant breathing:

Dr. Gevirtz points out in his lecture that you can get great benefit from as little as 10 minutes practice a day and after a significant period of around 6 months to a year you develop a “muscle memory” for the resonant pattern of breathing and can easily slip into it when your sympathetic nervous system is getting out of control like when you get suddenly angry or fearful or when at heights or boarding an airplane if you fearful of heights or flying or you are about to give a speech or performance in front of a crowd.  So it doesn’t have to be something you do everyday for the rest of your life though I strongly suspect there is great benefit to doing so.

If you missed my last post called “Slow Cooking Pepper Jack and Cheddar Cheese with Bacon bits Crisps, a Ribeye Roast and Center Cut Beef Ribs Together in the Oven is Easy!” you can view it by CLICKING HERE.