​Statin Risks and Cholesterol benefits your Doctor May Have Failed to Mention.

Many doctors Exagerate the Benefits of Statin Cholesterol Lowering Medicines and Fail to Disclose Known  Risks. 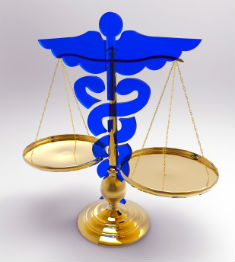 When a new medication is recommended by your doctor it is considered UNETHICAL for the doctor not to fully explain the risks and benefits of the medication so a patient can make an educated decision on whether or not she wants to take it or not.  In my experience most doctors when prescribing statin medications to lower Cholesterol tend to overrate the benefits and gloss over or completely ignore many of the potential side effects.  And many doctors are simply ignorant of the scientific literature on the subject.  Here are some examples of what you were probably not told if a statin was recommended to you.

This interesting study showed that 75% of the people that had a heart attack did not meet current goals for taking a statin medication.  So how can they say that LDL on which they base the statin guidelines are such a good marker of heart attack risk???  For the best risk marker see my post here. To find out why it is sugar and not Cholesterol that causes heart disease please see my post “What Causes a Heart Attack”.

Something else your doctor might not tell you if you’re older, is that having a high Cholesterol is a very good thing!

In this study subjects on statins were more likely to develop thin bones (osteoporosis) and the higher the dose the more likely this was to happen. 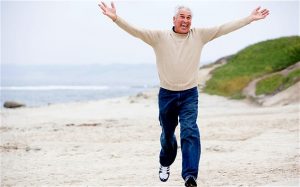 When they looked at the relationship between an elderly person’s Cholesterol level and their “All-cause Mortality” (how likely they were to die).  It turned out that the higher the Cholesterol was, the longer they lived.  Here’s a quote from this study that for me is humerous:  “We have been unable to explain our results. These data cast doubt on the scientific justification for lowering cholesterol to very low concentrations (<4·65 mmol/L) in elderly people.”

This study of 68,094 people who were 60 years of age and older published in the British Medical Journal recently showed that the higher their LDL Cholesterol was, the less likely a person was to have a heart attack and the longer he was likely to live.  So I personally couldn’t imagine why anyone over 60 would consider lowering their LDL Cholesterol with medication in light of this study. 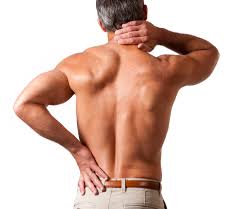 This study, well controlled and double blinded showed that Lipitor was twice as likely as placebo to cause muscle pain in patients.  Want to have achy muscles, throw down some statins.

Statins are hard on the Liver also.  Even the drug companies recommend monitoring the liver enzyme levels that when elevated indicate liver damage when they are elevated.  In this study Those liver enzymes were elevated to more than 3 times the normal range in 2.3% of people on the highest recommended dose of Lipitor.

The kidneys can also be damaged by statin use.  In this study there was a definite association.  Here’s a quote from the study:  “In conclusion, statin use is associated with increased incidence of acute and chronic kidney disease.” 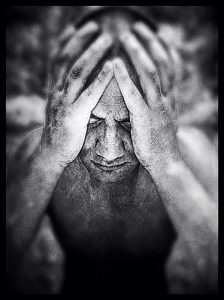 Low serum Cholesterol has been linked to depression.  Here’s a study that shows that.  But few of the studies done by drug companies showed an increased risk of depression or suicide.  Here’s one possible explanation.  This study shows that in many of the early trials of using diets and medications other than statins to lower Cholesterol, “Non-illness mortality” which includes suicides was dramatically higher in the group that had their Cholesterols lowered.  There is a table in the article showing this for all the trials reviewed.  Most medications to treat depression like Prozac and Paxil work by increasing the action of a chemical nerve transmitter called Serotonin.  Statins have been shown to decrease the activity of Serotonin receptors in this study.  However in the large trials of statins done mostly in the 1990s, this was not seen.  A quote from the same articles explains why I think this troubling statistic….went away:  “Among control participants in the two large American trials conducted in the 1990s, mortality from suicide and other injuries was 25 per 100 000 person years compared with an age and sex specific normative population rate of about 68 per 100 000. Therefore, we should consider whether selection of participants may have influenced the results of these studies. Clinical trials use rigorous eligibility criteria that either explicitly or indirectly exclude people with histories of mental disorder or substance misuse. As a result, the trials exclude many people who may be particularly susceptible to the psychological effects of medical treatments.”
Every nerve in our brains and throughout or our bodies is coated with a substance called Myelin.  Since our nerve impulses are transmitted by electrical currents, myelin acts as an insulator to speed up nerve transmission.  If you don’t have enough Cholesterol it’s hard for your body to make enough of this insulation and your nerve conduction slows.  In one study, 23 men and 19 women had the speed of nerve conduction documented in their legs then were placed on statins for 2 years.  At the end of the study all participants showed significantly slowed nerve conduction compared to 50 control patients.  Here is a link to another study showing a fourfold rise in the risk nerve damage in people taking statins.

The brain also needs a lot of Cholesterol.  “The brain represents only about 2 percent of your body weight, but actually has about 20 percent of your body’s cholesterol.” Cholesterol can’t cross the blood brain barrier and has to be made in the brain. Statins all cross the blood brain barrier and interfere with this production Cholesterol. In order to store memories new neurons have to be made in the hippocampus. These neurons contain large amounts of Cholesterol, especially in the insulation in the myelin sheath around the axons (connecting wire like strings between neurons). The FDA warns on statin labels that “some people have developed memory loss or confusion while taking statins. These side effects reverse once you stop taking the medication. There is limited evidence to prove a cause-effect, but talk to your doctor if you experience memory loss or confusion while taking statins.” Did your doctor mention that? Consider this article from Scientific American.  Also if you’re a woman and they get your LDL under 70 mg/dl it doubles a woman’s risk of having a hemorrhagic stroke.

The immune system is not spared either.  LDL Cholesterol is an integral part of the immune system of course the statins lower our LDL Cholesterol.
This article show how a high LDL helps us fight off infections by binding bacterial toxins.  This article contains links to 2 different scientific studies that show people who were taking statins when they got their flu shot were more likely to get the flu anyway. 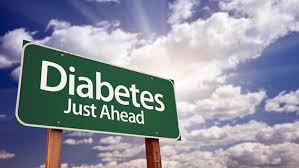 People on statins are more likely to get diabetes.  Here’s a study of 26,000 Military Health Care beneficiaries.  Here is their conclusion:  “Diabetes, diabetic complications, and overweight/obesity were more commonly diagnosed among statin-users than similar nonusers in a healthy cohort of adults. This study demonstrates that short-term clinical trials might not fully describe the risk/benefit of long-term statin use for primary prevention.” Here’s a study from the VA System that found that taking a statin doubles the risk of developing diabetes from 6% to 12%.  Here’s a link to another large study showing the same thing. 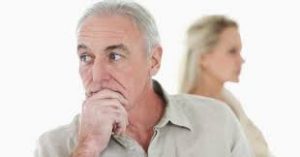 Statins lower Testosterone (the male hormone levels) by interfering with the production of Pregnenolone which is required for making Testosterone.  Here is a review all the major studies on statins and testosterone showing that statins decrease Testosterone levels in men by 0.66 nmol/l in men and 0.44 nmol/l in women.  This study found that men on statins had more problems with erectile dysfunction.

In long term studies the use of statins has been shown to increase the risk of breast cancer in women at 5 years which doubled at 10 years.  Most of the major statin studies have been limited to 2-3 years which may not be long enough for this effect to become pronounced.  Also if they lower the LDL Cholesterol level  below 70 mg/dl (1.8 mmol/l) it doubles the risk of hemorrhagic stroke in women.

Statins have been linked to the development of Lou Gehrig’s Disease.  See this study for the details.

The Bottom Line – Are Statins going to make you live longer??? – Not Likely!!! 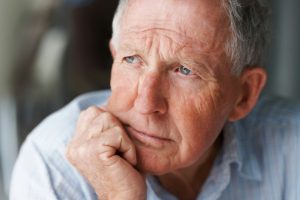 Solitude – Closeup of a senior man looking away in deep thought

The pharmaceutical industry would like everyone who is at “high risk” for a heart attack to take statins.  Among other things this might significantly benefit their share holders.  Their phrase for this is “Primary Prevention”.  They have done many huge trials of statin medications and some of them have shown a mild reduction in heart attacks for middle aged men, people with increased inflammation (high C-Reactive Protein levels) and people who have already had one heart attack, but the Primary Prevention trials have not shown improved “Overall Survival” (in other words the patients who didn’t get statins lived just as long as the people who got medications).  Here’s a quote from this study:  “This literature-based meta-analysis did not find evidence for the benefit of statin therapy on all-cause mortality in a high-risk primary prevention set-up.” Here are 2 literature reviews one published in the Archives of Internal Medicine and the other in the British Medical Journal that reached the same conclusion.  And if you are female none of the individual studies showed a statistical significance in preventing that first heart attack.  They talk about that in this New York Times Article.
The Cochrane Review who had in prior reviews reached the same conclusion about primary prevention, reversed itself in their 3rd review (did the pharmaceutical companies put pressure on them???).  They decided to include studies that used for instance only diabetics in primary prevention calculations in their “meta-analysis” where they combined data from unrelated studies and drew conclusions from it.  I think this is very weak science personally.  This article talks about that.