New Study! – The Metabolic Syndrome can be reversed by a Low Carb, High Fat diet 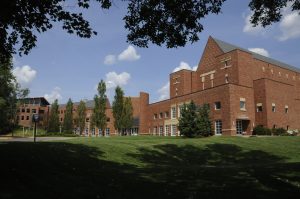 Researchers at Bethel University in Pennsylvania just completed a 10 week study of 30 adults with the metabolic syndrome.  As justification for the study they noted:

“Metabolic syndrome and the etiology of deranged metabolic
pathways dramatically increase the risk factors for obesity, prediabetes,
diabetes and numerous degenerative diseases [1]. The
annual cost of pharmaceutical treatment for this cluster of
metabolic pathology is US $750 billion [2].”

(You can read the abstract at this link or download the full study at this link).  The researchers divided the 30 volunteers into 3 randomized groups.  The first group ate a ketogenic diet of less than 50 grams of carbohydrate per day.  The second group ate the Standard American Diet (SAD) and the third group also ate the SAD diet but added 120-150 minutes of exercise per week.

The results were dramatic!  I’ll let the researchers explain it in their own words: 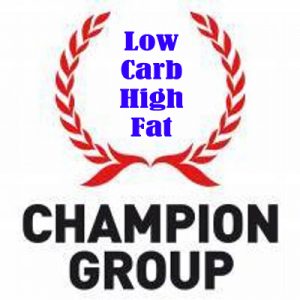 Or to put it in simpler terms the Low Carb, High Fat group saw their weight, percent body fat, triglycerides (which reflect the level of insulin resistance) and their average blood sugar levels as represented by the Hemoglobin A1c test go down while their resting metabolic rate (how many calories they burn when not active) go up. Neither the SAD group or the SAD group that added exercise saw any of these benefits. 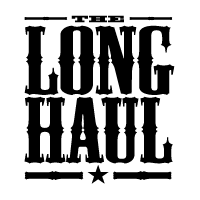 As in all research papers the researchers discussed the prior work that led to their experiment.  Noting that many dieticians say that the ketogenic diet is not safe for “long term” treatment, they referenced this study in which 66 healthy obese subjects ate a low carb (less than 20 g per day), high fat diet for 56 weeks.  Here was their conclusion:  “Conclusion: This study shows the beneficial effects of ketogenic diet following its long term administration in obese subjects with a high level of total cholesterol. Moreover, this study demonstrates that low carbohydrate diet is safe to use for a longer period of time in obese subjects with a high total cholesterol level and those with normocholesterolemia.”

The researcher also quoted from this paper ” titled “Dietary carbohydrate restriction as the first approach in diabetes management: Critical review and evidence base”:

“The inability of current recommendations to control the epidemic of diabetes, the specific failure of the prevailing low-fat diets to improve obesity, cardiovascular risk, or general health and the persistent reports of some serious side effects of commonly prescribed diabetic medications, in combination with the continued success of low-carbohydrate diets in the treatment of diabetes and metabolic syndrome without significant side effects, point to the need for a reappraisal of dietary guidelines” [5] 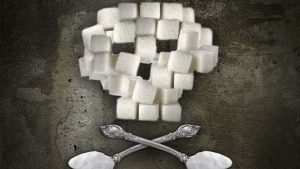 Anyone who has read my blogs has heard me say that the metabolic syndrome starts with fatty liver caused by the overconsumption of sucrose (table sugar which is 50% fructose).  It’s the Fructose that is the problem.  The researchers note this by citing this article. Here’s the part they chose that links fatty liver to fructose:  “Excess intrahepatic triglycerides {fat in the liver} are formed in response to hyperglycemia, with increased potentiation from dietary fructose.” Here is the article’s conclusion.  The decrease in fatty liver was much greater on low carb than a calorie restricted diet.   Here it is in their words:  “Two weeks of dietary intervention (≈4.3% weight loss) reduced hepatic triglycerides {fat in the liver} by ≈42% in subjects with NAFLD {non-alcoholic fatty liver disease}; however, reductions were significantly greater with dietary carbohydrate restriction than with calorie restriction.”  That means that in just 2 weeks on a low carb diet, the amount of fat in the liver was almost cut in half on a low carb diet while little improvement was seen when they just tried to “cut back their calories”.

If you missed my last post on Are You a “Skinny Diabetic”? 1 of 10 Diabetics Is Not Obese! They Are Called TOFI or MONW.  you can view it by CLICKING HERE.